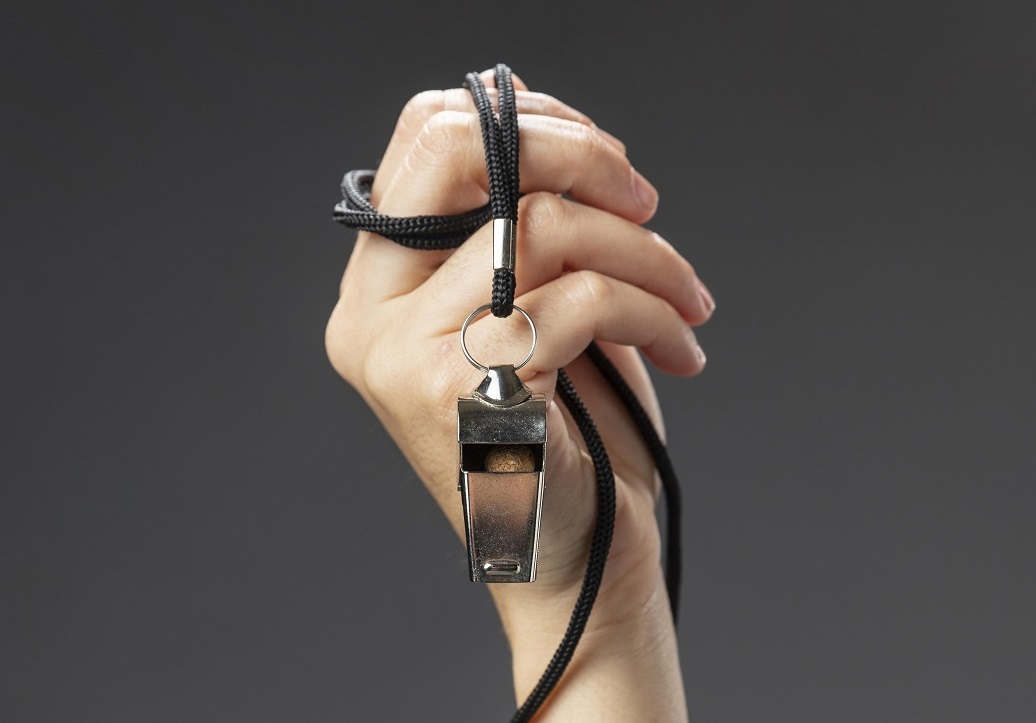 Almost half of the complaints and notifications of corruption or fraud in the workplace are reported by employees, according to surveys. If a company wants to conduct business transparently, its employees become a valuable source of information. We talked about the importance of setting up functional internal notification systems and protecting the whistleblowers at the BLF Small Talk event, which we organized in cooperation with the Office for the Protection of Whistleblowers.

The willingness to report corruption or unfair practices in Slovakia has been stagnant for a long time and ranks among the lowest in the European Union. Many people remain silent mainly out of fear of losing their job, retaliation by the employer or other personal reasons. The main task of the Office for the Protection of Whistleblowers, which was established in March 2021, is the protection of the rights and legitimate interests of whistleblowers. In the past, the protection of whistleblowers had been part of the agenda of labour inspectorates. The office officially began functioning in September of last year, and during that time, 214 people reached out.

The main tasks of the office include, in particular, the protection of whistleblowers, e.g. against loss of employment, retaliation by the employer or disclosure of identity, support for whistleblowers in the form of legal advice and participation in court proceedings, but also education in the field of investigating corrupt practices, assistance with the development of internal reporting systems or proposing changes in legislation.

Employees most often point out corruption or fraud in the company

Whistleblowing has long been among the most effective methods of detecting fraud. This was also confirmed by the 2020 survey of the Association of Certified Fraud Examiners, which shows that the most common source of corruption and fraud disclosures is notifications (43%). Up to half of these notifications are reported by employees. “Employees can be an important source of information if the company wants to run its business transparently, without unnecessary financial losses and fraud,” said Zuzana Dlugošová, chairperson of the Office for the Protection of Whistleblowers. It is notifications that significantly exceed other sources of fraud detection, such as internal audits (15%), management control (12%) or alerts from law enforcement authorities (2%).

According to a survey conducted by the Office for the Protection of Whistleblowers in cooperation with the Focus Agency at the beginning of 2022, 61% of respondents think they would report if they witnessed corruption or fraud at their workplace. It turned out that in such a case, people would most often confide in their employer (46%), followed by the police (34%). On the contrary, they trust the prosecutor’s office (21%), the courts (20%) and the media (19%) the least in this matter. Almost every sixth person perceives positively if his or her colleague reports fraud or corruption in the workplace.

Functional notification systems build an atmosphere of trust in a company

Internal reporting systems regulate how employees can submit reports and how these reports are further reviewed. According to the law, all companies with 50 or more employees are required to have these systems set up. In the case of public authorities, the obligation applies to those employing at least five people.

A well-set and functional internal notification system can bring several benefits to the company. In this way, the company can protect its reputation and assets and get direct feedback on its performance, reveal problems that the management was not aware of before, and last but not least, build an atmosphere of trust, which contributes to a positive change in the company culture.

How to evaluate the functionality of the notification system?

When evaluating the success of notification systems, the length of processing of complaints is also important. “It may be true that the longer it takes, the lower the employees’ trust in the system,” Z. Dlugošová pointed out. Indicators can also be the relevance of incentives, financial savings, and trust in the system, which can be measured, for instance, by obtaining feedback from employees.

Transparent communication will strengthen trust in the system

The highest representatives of the company or institution play an important role in the extent to which employees trust the internal reporting system. It is they who should declare that they care about uncovering unfair practices in the workplace and fully support their reporting. At the same time, the company should take care of regular training in this area so that all employees know how notifications are processed further.

It is also appropriate to transparently inform employees about the number of notifications, the results of the screening and the subsequent steps taken by the company. “We can have a well-set system, but if we don’t give employees feedback about what’s happening with the initiatives, we won’t build trust,” said Z. Dlugošová. For the reporting system to be truly functional, it is essential that the responsible person who investigates the reports makes independent, impartial decisions and has the trust of the company’s management and colleagues.

Volkswagen Slovakia: Authenticity of the management is key

Peter Bianchi, head of the Law, Compliance and Risk Management Department at Volkswagen Slovakia, sees the greatest benefit of the internal whistleblower system in that it “creates a culture of integrity in the company, which is key to a successful business in the 21st century.” The concern currently has a robust notification system, thanks to which they process dozens of suggestions in Slovakia per year. At the same time, more serious cases are analysed in detail to find out why the violation occurred in the first place.

For the system to be functional, it is important we observe several principles. We need to actively communicate the topic to the employees, regularly hold discussions with the management to set measures optimally, and ensure neutrality and a strong position of the responsible person within the company. Also, the authenticity of management that “needs to show a sincere interest in ensuring that all concerns are thoroughly investigated” is essential.

The company has a clear position on the issue of integrity. A third of the confirmed complaints are more serious violations, some of which also result in the termination of the employment relationship. “When we see that something very serious has happened, we do not tolerate it and draw adequate consequences,” P. Bianchi added.

Romana monitors and analyses key policies related to social innovations and the topics of education and inclusion. It identifies opportunities to systemically link bottom-up innovation with the public administration.

Vlaďa is a member of the Open Future team. She leads the project and financial coordination of the Human Resources Operational Programme as well as the acquisition of financial resources through institutional grants.